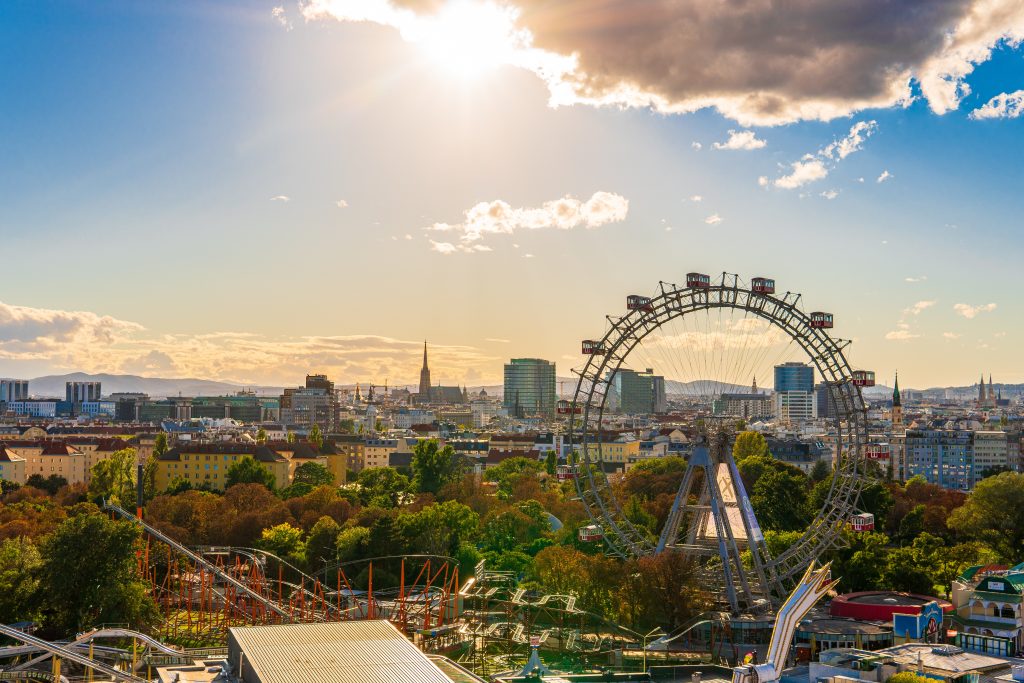 Held on 11 & 12 May 2022 in Vienna, where the dependence on Russian gas is of 80%, the Decarb Cities Conference could not be timelier. Soaring energy prices, reducing fossil fuel dependency, decreasing energy consumption – crucial topics faced by every city and which quickly need short- and long-term answers.

The City of Vienna has the ambition to become climate-neutral by 2040. The Climate Roadmap it published in 2021 gives a concrete path for each sector to be decarbonised by 2040. The general aim is clear: no burning of gas by 2040, no more than 60 million tonnes of CO2 equivalent until then. To reach those targets, the city can count on the support of Wien Energie, a city-owned utility. Jürgen Czernohorszky, Vienna Executive City Councillor for Climate, Environment, Democracy and Personnel, and Michael Strebl, CEO Wien Energie, presented hand in hand Vienna’s strategy towards climate neutrality.

What is the strategy?

To be climate neutral by 2040, Vienna will have to transform itself in an integrated way, redirecting 2 to 3% of its GDP to this objective. A Green New Deal for the City is being put together, looking at system integration for a global decarbonisation of Vienna.

Huge investments will thus be needed. By 2027, they are foreseen to be of €1.29 billion, amongst which €625 million just for the heat transition and €334 million for renewable energies. The sole solar sector should be boosted by 16 times by 2030. Decarbonising the whole energy system, as underlines the city of Vienna, implies “learning to think post fossil”: substituting sources and reducing energy consumption will be key.

Despite the foreseen population growth, the renovation rate should lead to a decrease of heat demand by 18% between 2019 and 2040, with a total phase out of gas by 2040. Decarbonisation should mainly happen through the increase of the role of electricity (multiplied by 2.5 between 2019 and 2040, from 1,900GWh up to 4,800GWh). The role of biomass remains limited and even slightly decreases, while district heating keeps its prominent position, increasing over the period from 5,500GWh to 6,300GWh. The energy supply of the latter should rely evenly on heat pumps (25%), waste incineration (25%), geothermal (25%), and green gases to cover peak demand (25%).

To maximise the chances of its strategy to succeed, Wien Energie plans to establish a benchmarking, to compare itself with other cities and utilities on the decarbonisation path. The general aim would be then to foster collaboration amongst cities, to support each other and accelerate the transition at local level.

How does it translate?

In Vienna, there are currently 600,000 households using gas. Some pilot projects are already ongoing to move forward in the decarbonisation of the built environment and the heating systems, with the support of Wien Energie:

In addition, the city and Wien Energie also recognise the role of energy communities in accelerating the transition while onboarding citizens. They are decided to support and promote the development of these initiatives, starting with the opening of a One-Stop-Shop, in July, specifically dedicated to answering questions from existing and/or future energy communities. All this is according to the Viennese strategy. However, there is the theory, and then there is the reality of the ground, with its unforeseen disruptions. The current war in Ukraine, combined with the soaring energy prices since 2021, force the city to review its strategy and better adapt it to the current emergency. The Energy Planning Department of Vienna is now not only focusing on planning, but also on (re)acting. Citizens are keen on getting rid of gas as soon as possible, looking for installing heat pumps, solar panels, anything which would support the removal of their gas boilers. This is good news for the climate, but less for the city: not enough staff, skilled workers, and materials are currently available, which means to find ways to make citizens wait, without losing this window of opportunity for the transition.

Meeting ambitious objectives in times of everlasting crises is challenging. However, Jürgen Czernohorszky and Michael Strebl showed both that this remains possible, provided that the city and the utility have their priorities closely aligned. This is true for a long-term integrated strategy, and this is even truer when it comes to finding short-term solutions to limit deviations and delays regarding this strategy.

Find out more in the video below!