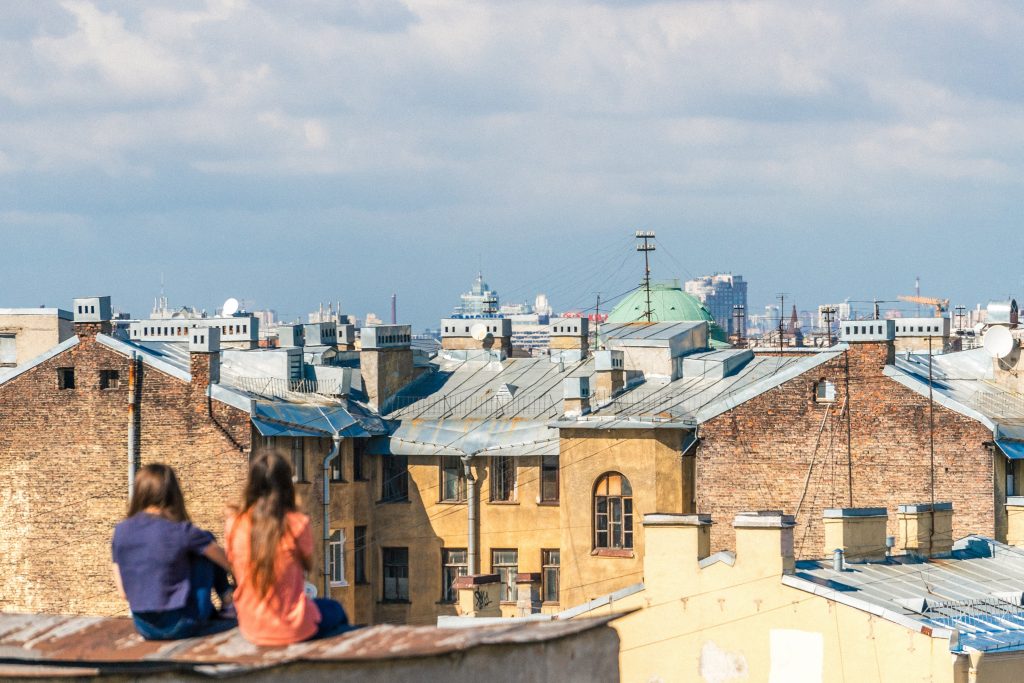 The decarbonisation of energy systems offers new perspectives for the heating and cooling markets. One of the goals of Decarb City Pipes 2050 is to explore some of these new actors. The more information on latest developments and innovative approaches, the more informed choices partners will make when designing their decarbonisation roadmaps.

Innovation can concern technologies, but it also lies in the way of considering the market, be it in the conception of heat systems or in the contracting format. There is thus space for reinventing our approaches, and some solutions are already there, waiting to be explored.

Rethinking the heat system: the case of the Shared Energy Amongst Adjacent Buildings variant

However, David Bourguignon (Les Énergiques) introduced the consortium members to a fourth variant: the SEAMS (Shared Energy Amongst Adjacent Buildings). This new system, which he designed together with Frédéric Adam (G-ON) and Pierre Crépeaux (Ville de Lorient), has been described in a study published in 2021.

To put it simply: the SEAMS take the form of a mesh system which offers an overall better performing system. The reason for this: competitive costs in terms of Levelised Cost of Energy (LCOE) and carbon abatement, deeper decarbonisation, and increased energy and peak demand sufficiency.

This approach means rethinking the whole dynamic of the heat system, its delivery, and its interactions. Consortium members were particularly interested in the very local aspect of the SEAMS. Favouring exchanges between adjacent buildings means doing according to local resources, which need to be stored, as underlined by the presentation of some SEAMS examples by Nadège Vetterli (ANEX). It also echoes another way of apprehending urban areas, architecturally speaking: houses could be designed better for energy harvesting.

The SEAMS are forcing us to rethink the urban environment at the building level and go back to a neighbourhood approach, where talking to your neighbour is not only a matter of sociability, but also of energy exchanges.

Rethinking the way of contracting: heat as a service

Reflecting on the heat market also means looking for new ways of thinking about heat. Edmund Hunt, from Catapult Energy Systems, accepted to share his experience of low-carbon heat as a service. The main aim of the project was to increase the distribution of district heat and low-carbon heat in buildings. The experience offered a hundred of households contracting schedules, based on the number of hours in the week during which they wanted to be warm, with a fixed price for this number of hours.

Heat plans were also proposed: FixedTime, FlexiTime or Unlimited. Most people were interested in the FlexiTime. In addition, the majority of customers subscribing to a heat plan were also keener on having a heat pump bundled with their contract. The concept of services is thus seen as an incentive to decarbonisation.

This experience highlighted three main concerns from part of heat consumers regarding low-carbon heat as a service; it needs to:

This approach was especially interesting for consortium members regarding the questions of installations and interactions with other stakeholders. This new contracting system implied talking with boiler manufacturers, district heating providers, and a close cooperation with energy providers. It was key for them to be provided with data like usage or cost to deliver heat, to understand how to run the system at its best. What remains to be done now is to convince policymakers to design incentives for providers to embark on the experience of heat as a service. The question of awareness is a similar challenge encountered by consortium members and supporters of heat as a service. It requires political commitment and awareness from citizens, two key elements which Decarb City Pipes 2050 is also working on.

During this session, consortium members were introduced to two propositions to rethink the heat market as it is conventionally presented. The concept of SEAMS offered a new system perspective, locally anchored, while heat as a service offers a fixed price for a defined number of hours of warmth in a month. These two models imply an upheaval of the traditional considerations of heat delivery, which is at the end more centred on the building scale, even on the customers themselves. They underlined how heating systems embracing these views could go one step further in the decarbonisation process and thus offered good sources of inspiration for the Decarb City Pipes 2050 project.